The last couple of months have been quite a hit and miss for me. There were lots of books I was looking forward to and reeally excited to read, but unfortunately some missed the mark and landed in my DNF pile. 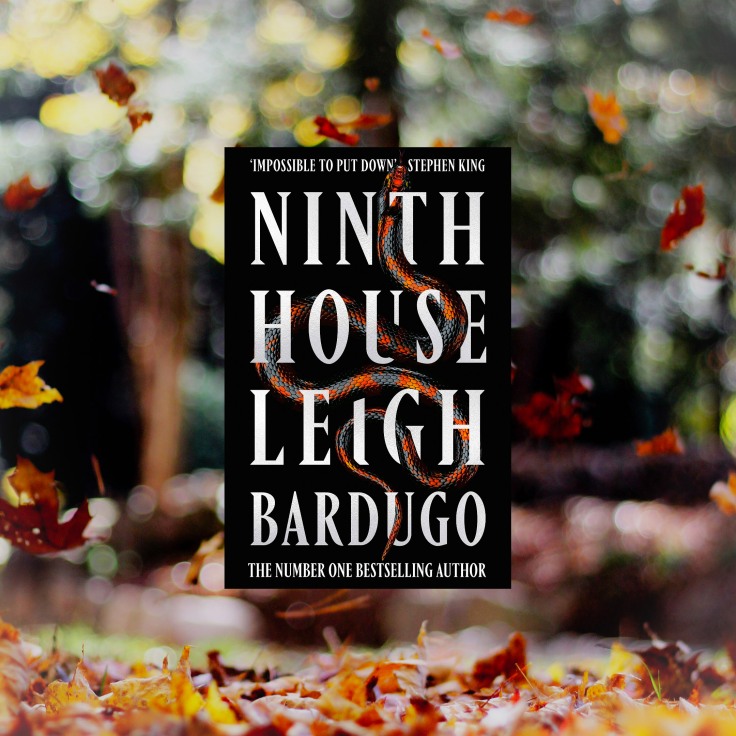 I’m SO glad this was a library borrow! It was a good start, but as soon as I got to chapter 1, it all went downhill from there.

I was bored and found myself just staring at words! I had no idea what was going on and honestly no longer gave a fuck.

This book had everything going for it: appealing cover, intriguing title & promising premise. Except it turned out to be a lemon. Womp womp.

The story had a strong start with Heather and her mysterious package. But things quickly turn sour with her repetitive, drawn out thoughts and unnecessary details of her home.

I got the feeling Heather would be too exhausting for me, I no longer cared to know the story of the Red Lady. I started zoning out, which is never a good sign.

3) The Clockmaker’s Daughter by Kate Morton

It’s been a while since I’ve read historical fiction and was really looking forward to this one since I keep hearing songs of praises for Kate Morton. I also won it through Simon & Schuster Canada’s giveaway last year, so I was very excited to FINALLY get to it.

Unfortunately, it just didn’t live up to my expectations. While I’m a fan of multiple POV’s and timelines, this one left me confused. It was never clearly labelled, causing me to backtrack on several occassions and wondering if I missed something.

Maybe it was me, reading way too late in the evening, but it felt incredibly long-winded!

Well..there you have it folks! My last 3 DNF’s.

Have you read any of them? What were some of your latest DNF’s or disappointing reads?

What were your most disappointing reads so far?

I was really looking forward to these ones, but sadly they didn’t quite live up to the hype or my expectations. 😢

I’ve listed them starting with my most disappointing read: 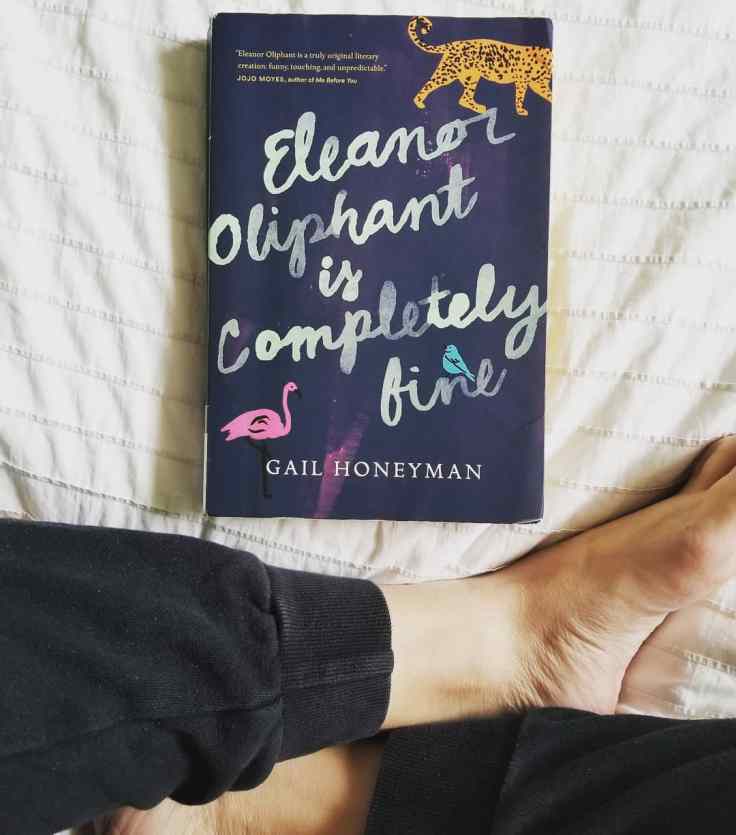 4) The Kiss Quotient by Helen Hoang

5) The Arrangement by Robyn Harding

In all fairness, The Arrangment was a good read. It’s just that I expected more from it and didn’t love it like I did with Her Pretty Face.

I can’t believe May is already over! It went by so fast!!

Who’s ready for the summer heat? Not me..I actually don’t like the hot weather. But I do enjoy taking a dip in the pool and going to the beach (when it’s not scorching out).

Alright. So I wasn’t as successful this month at tackling my reading list, but I did manage to read most of what I had planned:

The Unhoneymooners by Christina Lauren- Started

How did your reading go this month? Did you read all the books that was on your March list?

It was a good month for me. I was able to read additional books that weren’t on my list, but were on my tbr:

The Stranger Diaries by Elly Griffiths – ⭐⭐⭐⭐⭐

Who In The World Is Carmen Sandiego by Rebecca Tinker – ⭐⭐⭐⭐⭐

The Pisces by Melissa Broder – ⭐⭐⭐

This was one of the rare times where I watched the movie before reading the book. I loved the movie! So of course, I went out and bought the book the next day!

Just like any book to film adaptation, changes were made to the fit the movie.

Film: Will didn’t have a relationship with her mom growing up. Her aunt Lucy took that role.

Book: Will and her mom are complete opposites and have different views, but have a relationship throughout the whole story. In fact, Rosie helps Will where she can.

He was a pretty important character in the book and helps Will through some of her struggles! I’m not sure why they cut his character from the movie.

Again, another character they took out in the movie but had a big role in the book.

Book: Bo struggles with his feelings for Will throughout the novel and has a hard time articulating how he feels for her at first. He wasn’t as likeable in the book in my opinion.

Film: It was clear without saying, how Bo felt for Willowdean. You could see it in his eyes and gestures.

Book: Not only was she tall and blond, but the loss of her virginity & friendship with Callie explain the true fallout between her and Will

Film: El has brown hair. The strain in her relationship with Will happens later on during the pageant and is very minor compared to the book.

Book: The hideaway took a bit of a back seat in the book.

Film: This was my favourite part in the movie and had a much larger role. I think they did an amazing job at highlighting Dolly Parton Night.

Book: There were times where Will really annoyed & pissed me off. I get that she has insecurities, but she’s afraid to tell the people she supposedly cares about how she’s feeling and is so self sabotaging.

Film: Will’s character has a bit of a stronger personality. She’s not as afraid to speak her mind. I liked her more in the movie!

The ending kinda leaves you hanging which is understandable since there’s a second one (Puddin). But I still enjoyed the book! We get an indepth look into Will’s relationship with her mother, her insecurities about her weight and relationship with Ellen. There were some major differences from the movie! So if you haven’t read the book, don’t write it off just yet. I’d still recommend it! 😊

Have you read the book? Seen the movie? What did you think?? 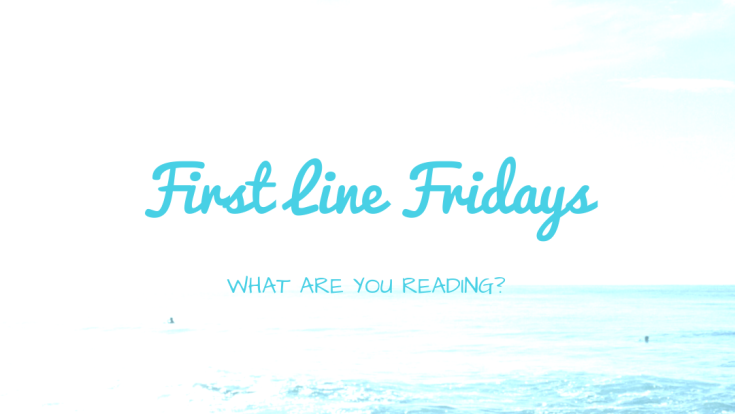 First Line Fridays is hosted by Hoarding Books where we share the first line or lines of a book we are currently reading or going to start soon.

WHEN THE WHITE NOISE WENT OFF, WE WERE IN THE GARDEN, PULLING WEEDS. 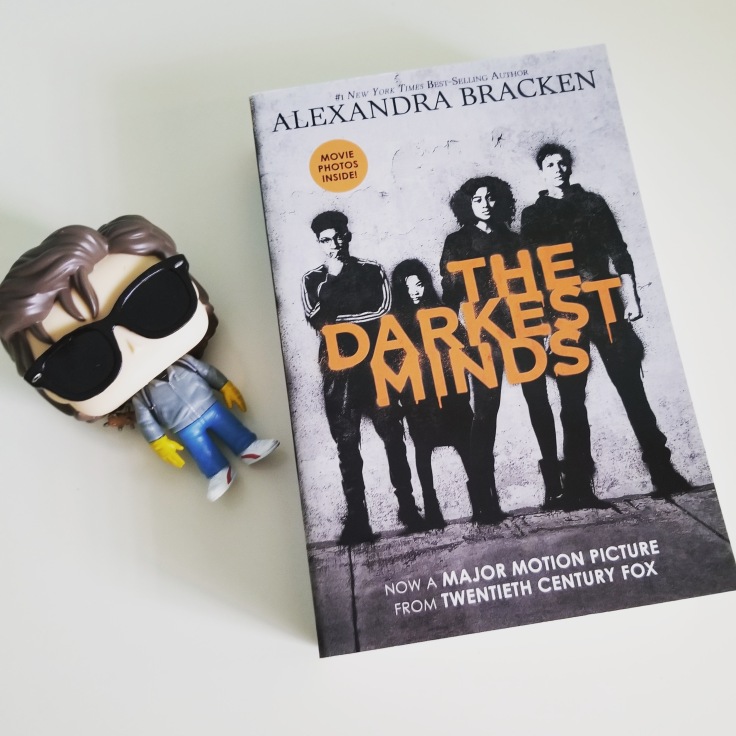 The Darkest Minds by Alexandra Bracken

I seriously don’t know why I bothered to come up with a reading list this month, cause I haven’t really stuck to it.

I finally decided to read this and enjoy it so far.

Have you read it or seen the movie? What are you reading??

I’m surprised I have the ability for words, because this is insane.  Maybe I’m dreaming.  Maybe this is some sort of mental breakdown.

As part of a spirituality exercise back in college, Jessica asks Sabrina to write down 5 people (living or dead) she’d like to have dinner with. Coincidently, the 5 people she lists have all had an impact in her life.

To be honest, I had no idea what to expect. I had seen this cover pop up all over Instagram and after being on the waitlist for a month, I finally got a copy!

This was a story that explores the relationships, love and loss between Sabrina and her dinner guests.

I’m a sucker for true love, so the story of Sabrina and Tobias definitely pulled at my heartstrings.

Find it on Goodreads:

She could never tell a therapist about these violent thoughts, at least not one who knew what she had done in the past.

Who is Amber Kunik?

I’m a huge fan of multiple POV’s, and this was done very well! The story is told through 3 different characters: Frances, Daisy & DJ and alternates between the present and past.

I have to say, I’m so glad this was described as a domestic drama. If I had walked into this one thinking it was a thriller, I would have been disappointed. Even though I had figured out the who part early on, I still second guessed myself at one point (which is rare). I really enjoyed the element of mystery and surprise.

The author does a great job at trying to keep you guessing and ends each voice at just the right moment.

Find it at Goodreads:

Are you ready for Fall & Halloween like I am?? Hope you had some good reads this month! I had some highs and lows, but here’s a recap of what I read this month:

See any titles you’ve read or have on your TBR?

THE SEVEN DEATHS OF EVELYN HARDCASTLE BY STUART TURTON 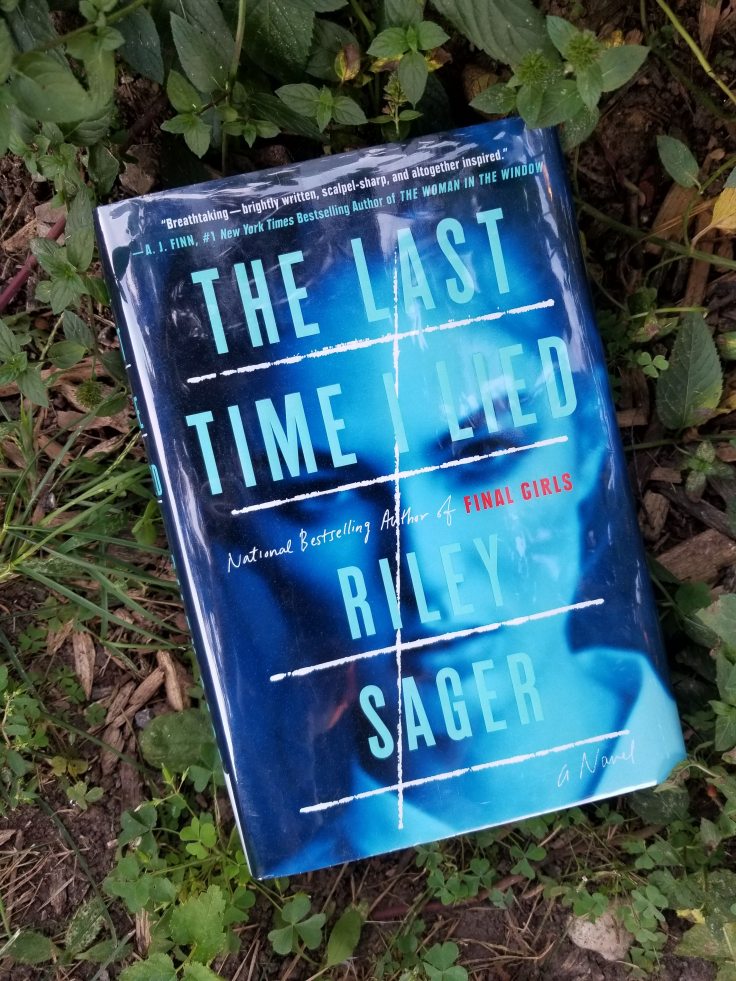 THE LAST TIME I LIED BY RILEY SAGER

THE WAITER BY MATIAS FALDBAKKEN

I don’t think I was the right audience for this particular book. You’d have to be someone who works and has a passion for the food industry.

I found “The Pig” (Graham) entertaining.

The waiter seemed to get lost in his own thoughts and would often ramble, making for a slow read.

** Special thanks to Simon & Schuster Canada for my copy **

Sorry this didn’t work out for me. 😞